Friend and supporter lost her battle to cancer 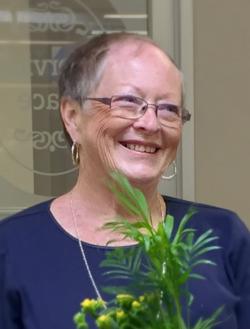 On Friday, July 27 a good friend and supporter lost her battle to cancer. Janet Longaphie was the first and only School Principal to bring her Beaverbrook School to the status of Glasser Quality School.

In 1991 Dr. Glasser came to Moncton for a conference with Reality Therapy New Brunswick. At that time, I made arrangements for him to speak to a group of administrators at the local school district. Janet told me that she had read his book. “ Schools Without Failure” back in 1969 and had always been a fan of his.

At that time he had his new book called Quality School.  After a few years of using some of what she learned, from Glasser and his writing she bought a book for every teacher in the school. They met weekly for an early morning breakfast before school to study the book and it’s concepts.

In 1997 after the study was done, Janet believed her staff may be ready to do the training programs. She contacted me to see when and if we could do the training. First she had to ask her teachers. To her amazement, all of them wanted to take the training.

We spent the next three years working with staff and parents and even went into the school classroom at the request of teachers. It was amazing and wonderful to see these ideas develop in a public school. Janet never accepted “ no” for an answer when it came to getting funding for her teachers.

She was quoted in a news video as stating that the biggest change in the school was she was no longer spending time disciplining and the teachers were now able to teach learners that wanted to learn and she was able to do her work. I want to share more information about what the impact her work with The Quality School had in the community.  Even after retirement, she continued to work in the community.

In 2003, Doug Jones and I received a letter outlining what was happening at the school 3 years after they declared themselves a Glasser Quality School

Janet wrote: “ Beaverbrook School continues its Journey to Quality. Each day we see new signs of children, parents and staff using Choice Theory in their interactions in the school and on their playground.  We continue to learn and grow and often talk about how we cannot believe the changes in the school and the students.

We all believe that it is the relationships that we have at school-relationships between staff and students, students and students, and staff and parents that are changing the school.  We do not always see the parent and child interaction but  often in the hallways will hear the parents talk to their children about choices, encouraging them to make good choices. Our goal is to keep Beaverbrook School in not only each student and staff member’s Quality World, but in the parent’s Quality Worlds as well and we believe this is happening>

What is happening at Beaverbrook?

In her letter, Janet continued:

We are very pleased with the statistics about our discipline incidents. Our Violence and Bullying statistics show a dramatic drop in the number of incidents.  Our students know that they cannot blame other kids for their actions. They know that they alone are responsible for them. This makes such a difference in the discussions that take place with the children.  Discipline is a learning opportunity not a punishment and when children understand this and begin to take responsibility for their behavior the number of incidents decreases significantly.”

In talking with Janet, she told me that they used a solution room with the students. It was a small space across from the principal’s office. Whenever there was a conflict between two students they went to the solution room to work out their differences on their own. When they found a solution they both could work with, they reported back to the principal and then returned to the classroom. Most of the time this was related to incidents on the playground.

During our SCOR=E program in the first two weeks of school, all of our children in Grade K to 8 are taught Choice Theory.  The teachers welcome the opportunity during these two weeks to develop a relationship with each of their students that will be a good foundation for the coming school year.  SCOR=E This acronym stands for Study, Concentration, Organization, Reading equals Excellence. It is a two- week program at the beginning of the school year that teaches academic skills in the mornings and social emotional skills in the afternoons. The entire school takes part because this is when we teach our Choice Theory and get to know the children but the format has been designed to meet the needs of the children at their own level. “

Leadership is everything and Janet understood the value of creating great relationships with the children so they would want to learn.  You see the teachers did not have to put all the children in their quality worlds  but they needed to be in the quality worlds of the children. We have a tendency to listen and learn from those people that we have in our quality world.

What about academics? Janet continues:

We were thrilled with the increase in our provincial academic testing scores this year. In the past, we have struggles to achieve a measure of success in these tests. This year we not only matched the district and provincial averages, we exceeded them in a number of areas. This as an extremely pleasant surprise.

I remember when Janet got the results of the tests she was so impressed with her students and teachers. She knew that the children from this center city school were beginning to love learning.  She told me that it had gotten to the point that the students did not want to take the summer off.

There is much more in this letter. I will share with you here comments on Discipline, SCOR-E and Staff Changes.

In our public schools there are often staff changes as they seek new roles and opportunities. Janet writes:

There have been many staff changes this year because some members of our staff went away to study, to become Literacy Specialists., to get a job closer to their, etc.  This meant many new faces on the teaching staff at the school and these new teachers are eager to become trained in  Choice Theory. They like what is happening at the school and want to learn more.

A school is a dynamic vital place to be. It is important that it is a place where staff and students enjoy coming, where communication is seen as extremely important at all levels, where teachers are lead managers in not only their classrooms, but throughout the school, and where everyone is aware that their choices affect the quality of not only their own lives  but the lives of others around therm.”

During her tenure at the school, Janet received many requests from schools and teachers internationally that wanted to come visit the school to learn from them. Janet always welcomed them with open arms. She wanted to spread the ideas far and wide.  It takes strong leadership and commitment and persistence to pursue your passion.

So many people were influenced by Janet is this one small part of her world.  She continued to stay connected to the community of the school long after her retirement.

Personally, I admired all the she did for the teachers and students at that time. Once she retired things changed at the school but that is a story for another day.  Leadership is everything. For those that attended the school in these years, Janet certainly left a wonderful legacy. I know she will be forever etched in my heart!

For those of us in the Glasser Community, she will be remembered for the first and only principal to date to lead her school to a “ Glasser Quality School.”